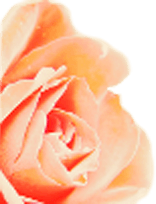 Mrs. Martha Nelle Flanders Braziel, age 89, of Lyons died Wednesday, May 7, 2014 at the Baptist Village Retirement Community in Waycross after an extended illness. She was a native of Adrian and lived most of her life in Lyons, she moved to Dublin in 2010 before moving to Waycross in 2014 to be closer to her daughter and grandchildren. She retired from Altamaha Electric Membership Corporation after forty-five years of service and enjoyed cooking, playing the piano, and gardening. She was a member of the Lyons First United Methodist Church and was a member of the United Methodist Women and a charter member of the John Durst Sunday School Class. She was preceded in death by her parents, William Arch Flanders and Betty May Baggett Flanders; her husband of fifty-four years, James H. Braziel Jr.; two sisters, Clara Mae Benton and Alice Flanders; and four brothers, Roy Flanders, Kenneth Flanders, J.B. Flanders, and Ray Flanders.

The funeral service will be held Friday, May 9th at 2:00 pm in the Lyons First United Methodist Church with Reverend Steve Patton and Reverend Joel Dent officiating. Burial will follow in the Lakeview Memorial Gardens.

The family will receive friends at the funeral home on Thursday afternoon from 5:00 until 7:00.

In lieu of flowers, the family asks that memorial contributions be made to Lyons First United Methodist Church at P.O. Box 71, Lyons, GA 30436.