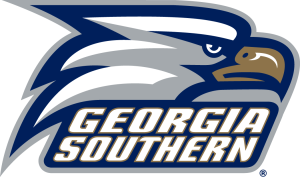 Mr. Jeff Anderson, age 66, of Vidalia, died Monday, August 1, 2022, at Memorial Health in Savannah after a sudden illness.  He was born in Americus and lived in Vidalia most of his life.  He was a 1973 graduate of Vidalia Comprehensive High School, where he played on two state golf championship teams.  He earned an associate degree from Brewton-Parker College, as well as a bachelor’s degree and a master’s degree from Georgia Southern University, both in business.  He started a seventeen-year long career with Piggly Wiggly as a stock boy, and ultimately was promoted to store manager in McRae.  He worked as a sales rep and later a manager for Georgia Music and Sound of Savannah for thirteen years.  He also worked as radio station manager for Georgia Eagle Broadcasting in Statesboro for six years, and was currently owner/operator of Anderson Appraisals.  He attended Emmanuel Baptist Church in Lyons and was past President of Americus and McRae Lions Clubs.  He was a member and past Master of Inman Creek Masonic Lodge #491Lyons Masonic Lodge #49 and coached candidates for both lodges.  He enjoyed golf and riding motorcycles.  He is preceded in death by his wife of forty-seven years, Connie Page Anderson; parents, George Anderson and Marion Morris Anderson; brothers-in-law, Mark Page and Mike Page; and a niece, Tabitha Highsmith.

The funeral service will be Saturday afternoon, August 6th, at 3:00 in the chapel of Ronald V. Hall Funeral Home with Reverend Danny Zorn officiating.  Burial will follow at Lakeview Memorial Gardens with Masonic Rites.

The family will receive friends at the funeral home from 1:00 until just prior to the service.

Flowers are accepted, or memorial contributions may be made to the Masonic Home of Georgia, P.O. Box 4183, Macon, GA 31208.

To send flowers to the family or plant a tree in memory of Jeff Anderson, please visit our floral store.

A Memorial Tree was planted for Jeff

We are deeply sorry for your loss - the staff at Ronald V. Hall Funeral Home

Join in honoring their life - plant a memorial tree