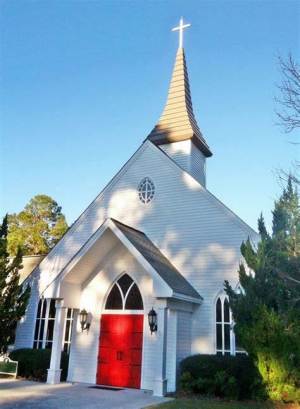 Ms. Latrelle Pitts Stockton, age 73, of Vidalia, died Sunday, January 12, 2020, at her home, after an extended illness.  She was born in Norfolk, Virginia and as a child moved to Thomasville, Georgia. She was a 1964 graduate of Thomasville High School and earned a Bachelor’s degree in Secondary Education from Valdosta State University.  Latrelle began her teaching career in Savannah and retired from Cass Comprehensive High School in Cartersville, Georgia after teaching high school English for thirty years.

In 1998, she moved to Vidalia to become a “Gran” for the grandchildren who were her very heart.  She quickly involved herself in community activities.  She was a member of the Georgia Retired Teachers Association and worked many years as a mentor for at risk children through Family Connections.  She served on the Board of Habitat for Humanity and was one of its most consistent advocates. She worked with several garden clubs to beautify the cemetery at the corner of Second and Church Streets.  She was a member of the Episcopal Church of the Annunciation in Vidalia where she worked with the Episcopal Church Women and the Flower Guild.  She served two terms on the Vestry. She was preceded in death by her parents, Hollis Clayton Pitts, Sr. and Alice Olene Davis Pitts; and a brother, Clayton Pitts.

Ms. Stockton is survived by one son, Sam Owens and wife Lorie of Vidalia; two grandchildren, Nicholas Owens of Athens, and Natalie Owens of Atlanta; two sisters, Charron Hearn and husband Jim of Kinston, North Carolina, and Phyllis Brinson and husband Armon of Griffin; and several nieces and nephews.

A memorial service will be held Saturday, January 18th, at 11:30 a.m. in the Episcopal Church of the Annunciation with Reverend Denise Vaughn officiating. Inurnment will follow in the Columbarium of the church.

Family and friends are invited to gather at a reception in the church narthex immediately after inurnment.

In lieu of flowers, memorial contributions may be made to Food for the Poor, 6401 Lyons Road, Coconut Creek, Florida 30373.